Just in case you missed this, and I doubt that anyone would missed this. But, anyhow your new pope is New Catholic Pope is Argentina’s Bergoglio becomes Pope Francis 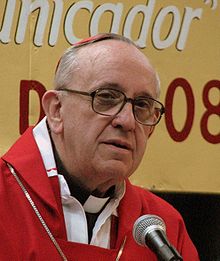