Now is the time to panic, to take action, but appropriately against North Korea. Sure we can take this threat as just a threat, when there is action there will reaction, in this case we reacted to to North Korea last rocket test by putting more sanction against them, so North Korea today responded back with confirmation they are testing nuclear weapons targeted the US.

– We should take this threat seriously. React appropriately also!

Here is my personal opinion what we should do. Monitor North Korea progress on the nuclear program rocket against USA, and off course against South Korea as well. People of South Korea obviously worry but don’t worry too much, how about instead of South Korea focus on making money on technology for consumers how about focus on technology that can spy on North Korea nuclear weapons and threat, focus on how to pro-actively scan the sky – the sea – the ground – for pre-attack by the North Korea or knowing that they will attack in the coming hours if not days. South Korea should have anti missile installed where it can shoot down threat in the sky from North Korea immediately and so on.

Now for the USA, it’s kind of far for the current North Korean rocket to hit us, however they can pay others to kill us, they can pay the terrorist, they can become terrorist come to the US and set off bombs. US should also be more alert, send a more satellite up in space directly for the purpose of watching North Korea rocket test site or view activities down in North Korea, sure North Korea can do their test research underground but would be harder to achieve, and sooner or later they will come out of the hole and if indeed their rockets headed for USA, we nuke them, like how we nuke Japan. This is just protection for us and the world, everyone country would done the same if get threats such as North Korea direct to USA,  so don’t be ignorant! educate yourself on this stuff.

Don’t get me wrong, North Korea has good things also, such as they have no traffic, they generate less pollution than other countries, and they have their lights off at night total darkness if you review the satellite image. But, then again a whole lot more bad stuff than good stuff such as their people most if not all  know nothing about the world outside of their North Korean country. 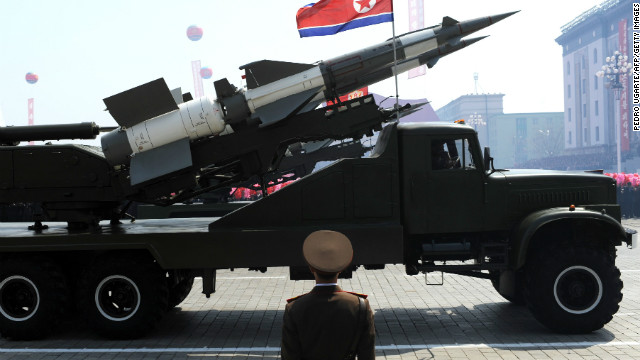 North Korea threaten to attack USA with rockets and missile as part of their new nuclear weapons program, to me it’s more of a threat to destroy USA with a sling shot LOL