By now everyone knows about the shooting that left 20 children dead at this Sandy Hook Elementary School  in Newtown Connecticut, it’s been a long time since the shooting and school has decided to re-open the school for hundreds of students. 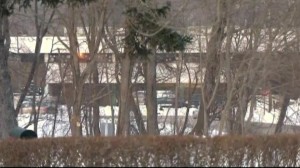 I wonder what the students there will react in school, what will the teacher react, the people, the faculty, the world for that matter, what are people reaction? Many questions will raise and but the bottom line is we need to be strong, we need to beat the fear and move on, as I always say, forget the past and keep moving forward, use the past as a lesson and prevent it from happening again, don’t loose faith.

I hope the school have better security and the staff there are well trained not to let stranger into the school, even if not stranger, ensure that person has been screened or have prior appointment. I also hope that some volunteer military or off duty police officer would guard the school, taking turn, or at least police present at the school not for just for a couple weeks or months but forever, I don’t think it’s hard, or cost a whole lot of money, even if it cost a lot of money, it is well worth it, I think that a plan can be created…

Children are our future, and if anyone doesn’t know that, or doesn’t care, then that person does not deserve to live, a burden to society, a threat to society, and no surprise if that person will act like just what happened at Sandy Hook Elementary school, that person deserve the death sentence. I know that many people will say “Death Sentence is not the answer” and I agreed, so if let say we defined a threat to society people, would you let him/her roam the street or keep him/her locked up? and if you locked them up, they turned violent or if the person became normal and you released them back to society and he/she started killing again, think of the money you spent, the effort, for nothing and for worst!

I do however also believe that there should be something can done to fix broken people, but isolate them, and study them, so that we can better define and help them.