Yeah indeed time fly, it’s only two more days til family trip to Vietnam or should I say 12 day and half because tomorrow night is flight night. I bet us and family back in Vietnam are very excited and very nervous at the same time. Flight from Pennsylvania to Vietnam isn’t short, it’s very long, in fact almost 24 hours counting the transit time. This year again we use China Airline, it has good pricing but the only thing is stand by in Taipei for 11 hours, most of the people will take advantage of the Hotel in Taipei paid by China Airline, but you need to deposit $20 which you will get back in the morning when checked out, the last time I stayed there was with my 3 years old daughter, the hotel was very clean and nice, I slept for 6 hours before waking up to get on the next flight US or back to Vietnam. My recommendation is to calculate all your need to do such as walking to the counter to request for a hotel and filling out all the paper work waiting and such (30mins +), then walk to the bus stop to take the bus to the hotel (30mins +), then the ride to the hotel (30mins), then check in to the hotel room (30mins +), then go into the hotel room taking eat some snack food drink shower then sleep (1hour+), then in the morning wake up snack food shower brush teeth ect .. (1hour) … then take bus back to the airport terminal and check in again, do the calculation, although 11 hours stand by, what if that stand by you already wasted 4 hours walking around you would have 7 hours to sleep, I think that’s a good deal. However if you have kids let say 2 to 3 kids 🙂 hahahha, then it would take longer walking around. The other thing to keep in mind is when you’re in the hotel room, dead lock the door, dead lock will prevent anyone from outside opening it unless they kicked the door open, so you will be a little bit safer, if you have kids, let watch Disney channel while you do some organizing, do not leave the hotel room, unless there’s a fire alarm and the whole building evacuated …. so travel safe, plan as much as you can for disaster 🙂 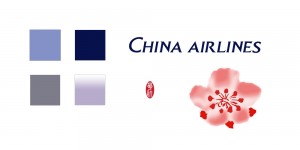