It just hit me this morning when I woke up, turn on the TV and watched the morning News, and it’s about the case with Petraeus and Broadwell. Petraeus affair probably not with just one woman but probably another, who knows, there’s another name: Kelly. The reason I say woman can help improves your life and can destroy it real quick.

When I say improves your life, I mean to say improves men’s life, unless the woman is a lesbian, than that’s a different story lol :). Women improves many men’s life, by being a good house wife, taking care of business around the house such as having children with you, raise them up, do stuff around the house, and when you’re home, they take care of you, good food, and maybe sometime a massage and at night boom boom if you have energy LOL. However that’s not always the case, some woman are now a day working woman, sometime does multiple jobs being a house wife and working professionally at the same time, so you gotta share responsibilities and sometime at nigh so tire can’t boom boom 🙂 LOL, although sex I think is healthy but it’s not a requirement, do it if you both feel well and energized.

Woman can destroy your life real quick, for many instant I think if you have an affair with another woman or lie to your wife and she found out, say good bye to the happy life, happy kids, and happy home. If you’re a high official or celebrity, news will spread, various gossip go viral, and there go your life. Taking example of the latest affair, Petraeus a high official members of he US government, if everyone being nice to each other, then probably things wouldn’t get so bad, what happens if I recall correctly, Kelly believes she was threaten by Broadwell, got scare to expose the affair between Broadwell and Petraeus had, boom! no more boom boom LOL. OK you get the point.

In conclusion, one thing I want to say is, I don’t know how men cheats on their wife with other woman and live a double life, there are so much responsibilities and things to do as a husband, for many of us like me, I have so many plan, but never got a chance to do them because I don’t have the time, but sometime just being a bit lazy watching movies with the kids :). The bottom line, if you’re going to have an affair, ensure no one else know, no third person zip zero no no, get a hooker if needed, but never ever do anything that would jeopardize your life and family, so maybe just don’t do it at all, control yourself, you know your action now will impact your future, like case of that Football coach molest children, priest molest children, I can tell you they did do it but it’s probably not as horribly as described in court or paper, I’m sure they all regret even some of the victims I’m sure. 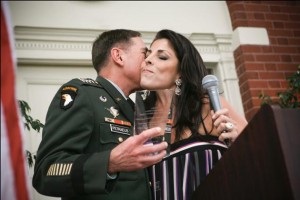