That’s right, China will start sending nine thousand fishing vessels to the South China sea part of the sea belong to Vietnam but China don’t give a damn about it, China don’t care if it belong to Vietnam or the Philippines or nearby countries and they know it doesn’t belong to them, this is a major problem, this indicate greedy giant communist country China and none of the smaller nation such as Vietnam also communist country can do anything about it, furthermore in Vietnam, people protest about China took the island belong to Vietnam and China also on Vietnam water and the Vietnamese communist not doing anything not taken any action at all, on top of that the Vietnamese government send police to beat up Vietnamese protest and in some cases killed the protesters, it is so bad that Vietnam not doing anything about it simply letting the Chinese giant communist take over the Vietnam country soon, damn bastard Chinese and Vietnamese government altogether, letting the Vietnamese people suffered while government wealth kept on growing. What do you think? Giant communist vs. smaller communist, hey let me party a little bit, I’ll give you some money, ok for it, as long as you give me the money, and no one knows about it. 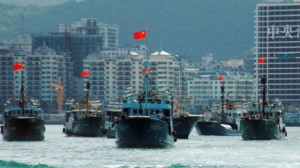 Chinese fishing vessels start to fish on Vietnam legal water south china sea nothing Vietnam can do about it how can vietnam communist defeat china giant communist? 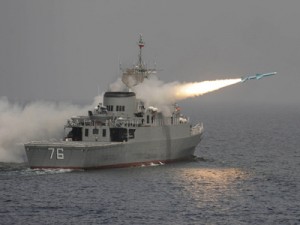 1 thought on “China sending nine thousand fishing vessels to the South China sea part of the sea belong to Vietnam in which China don’t give a damn!”