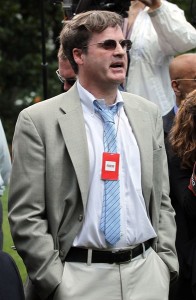 NOT! well at least that what I would thought would happen LOL, good thing we’re not communist. Communist countries such as China or Vietnam, if you interrupt president like that they will walk you to an unknown area and cut your throat LOL, well communist countries people never really get chance to meet their higher leader anyways, those higher officials just kick back and relax doing nothing but harm their own people and enrich themselves. This guy Neil Munro from the dailycaller news reporter is so rude this guy is a communist, if he’s a real American then he should have allow the president finished his speech then ask question, but this stupid ass Neil Munrorororo something interrupt the president in the middle of his speech, get this idiot jailed or something, and the newspaper media company I never heard of, dailycaller shiet! sucky news paper or no credibility news paper junk piece of poop! OK sorry I just got carried away hahahahah, everyone entitled to their own opinions, that’s mine 🙂