Latest news, just now, four fighter shot, 2 fatally, and it’s no accident as initial investigation confirmed. The man whom shot four firefighter as they’re trying to put out the fire were in a big surprise, it was a set up to lure fire fighter in and kill them dead, the shooter found dead. 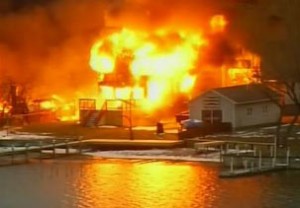 This is an incredibly sad story, firefighter done their best to help put out fire, and get shot killed by people who would want to harm them. I figure the closest safest job for law enforcement would be the firefighter but I guess not, there are people out there that want to kill firefighter on purpose. My only guess would be, fire department does have a big job beside putting out fire, they also implement regulations for preventing fire, and I bet that someone doesn’t like the fire department enforce rules and regulation, hence causing this incredibly sad event. Again, gun issue, gun control, why crazy people have gun? come to this point, if we cannot get rid of gun altogether, can we at least consistently validate and screen new license and current gun license owner to make sure they’re still fit to own a gun at home? Like in Japan, it’s very hard to get a gun, a person must passed through many tests from physical to mental test on top of that clear of any crime violent records.