Is this good news or bad news? to many people it’s straight forward good news. We will be no longer buying oil from foreign countries such as Cuba which we had already been terminated relationship for a long time already, no need to get oil from Saudi and the Eastern countries. We will be  self-sufficiency. If you ask me, I say it’s not a bad idea but I think we could move to better direction such as more electric vehicle, more solar power or wind energy or other alternative energy, green energy that is, rather than explore ground for oil, what if we depleted all the oil? whether that’s hundreds year later what will our many generations later children do? I still think alternative energy is best, the money we spend on exploring new oil ground wells, I think better to spend on alternative energy exploration, burning oil will destroy earth! don’t they get it? I guess not!Go Green everybody. 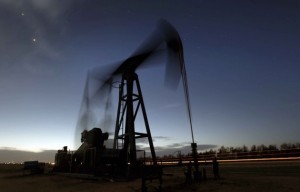