Here’s another example of communist nation Vietnam jail a Vietnamese journalist in Vietnam work for Tuoi Tre online wrote a true story about his encounter with the Vietnamese Communist police bribery, basically he gave $710 (USD) to the police to give his bike back, and wrote a story about it, how this police officer took the money and gave him his bike back, the story has a lot of detail which upset many Vietnamese, in the end both parties got arrested, the police officer and Tuoi Tre online journalist Hoang Khuong both got jail sentence 5 years or so. More detail on this story from Washington Post news paper. 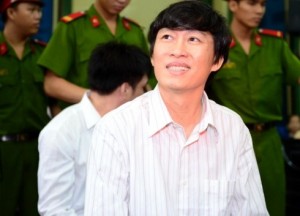