Weed Marijuana might and could cure a lot of diseases disorder that we may not know. Take for instant, one of CNN doctor news reporter “http://www.cnn.com/2013/08/08/health/gupta-changed-mind-marijuana/index.html?hpt=hp_t1 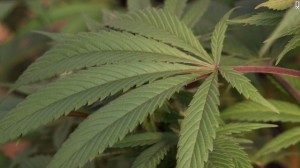 On my previous blog, I indicated about Chinese herbal medicine, I strong believe that if we give people a chance to study more about Weed, about Marijuana and turn it into medicine that can cure a lot of diseases and disorder, we may look at weed differently. Off course I’m talking about drug user whom just want to use it to get high and cause harm to others or themselves. Weed today is being controlled tightly, not much access to it, even doctors medical studies are restricted to it. It already cured many kids and adults whom had suffered uncontrollable seizures or someone so hyper active in a way that they caused harm to others, and no other drugs can help them but only one plant could, that is weed.