First, I would like to say that, all others HYIPs such as After90days.org Topcapitalist.com Geniuscapital.net all went SCAM and closed, but coingeneration.com remain active. Active in this case mean, their website still running, their chat room still running, their chat room moderator support still talking, they still updates once in a while, despite the facts that they did not deliver the exact promise that they have committed in the past! also despite the facts that they’re being very manipulative and appears to have new reasons for something that doesn’t work.

Coingeneration.com remain the only HYIP per say, because of it’s business similar to HYIP, the only HYIP that remain alive and active most of the time. Coingeneration.com indeed are doing something different than the rest of others HYIP. Coingeneration come up with new methods, ways to operate, and off course with the investments its members invested, they’re using it for something and as a result wasn’t able to pay everyone, but came up with new strategies, in this case Founder Stock. Anyone whom purchased Found Stocks with their balance, will become Founder members and get paid instantly daily including weekends. Most if not all HYIP don’t pay Week end (sat. sun) and some even on Holiday. Coingeneration.com pays daily calendar day.

Coinbeez.com and IPUservices.com, members have no confirmation of anyone get paid yet, not even a penny! no proof whatsoever. By paying I mean running the software and make money from it and request payout, NONE, nada, nothing! so far. However some members reported initially they did get paid when referring new members and those members purchase division manager position and the commission of $50 goes to the referrers.

All HYIPs are bad, but if I have to choose one today, I would probably look into coingeneration.com versus others ones out there. However be careful of good news posted by the programs, some of the good exciting news or new integration, implementation, are just to lure you in investing more and more, so be careful with that.

Very questionable: what is “LaBit Community” google search turn up nothing related to Bitcoin or Coingeneration, just some kids videos 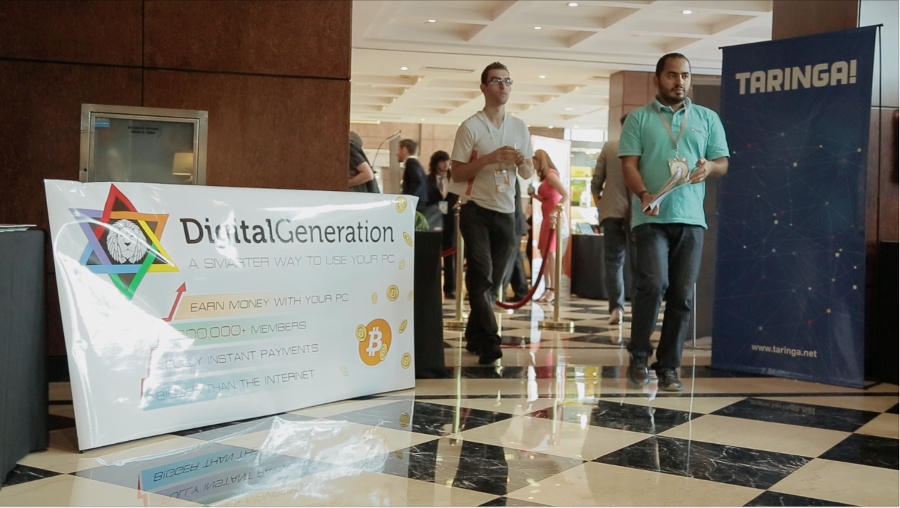 fake coingeneration.com photo at conference sneak it in take quick shot and remove it make sure no one sees it at the conference?

Despite BTC are yet not that successful in China and face some compliance difficulties being accepted by banks as a currency, Latin America welcomes BTC with amazing success and we expect booming popularity for BTC across the Southern Hemisphere in 2014-2015.

Our team is on their way from Buenos Aires right now and we shall publish an official news update along with the video report from the event as soon as we arrive. Getting ahead of things we want to highlight the fact that our local presence has been successfully established in Argentina where we intend to take a great advantage of the huge developing e-market economy as of now. For all those who have missed the chance to capitalize on BTC success within the last years it’s a perfect opportunity to catch up now.

DG is proud to support “LaBit Community” and from now on we’ll be sponsoring all of the upcoming events where we would be happy to see and meet you all !