So what’s the news? According to the chat room, the error message continue for folks that have 99 threads or 100 threads, some even only have small about of threads still blocked, there isn’t much change. However there are quite a few people reported that they now can see additional payout processors such as Payza and Bank Transfer, whether it work or not is another story.

Coingeneration.com created additional pages. One of them is the “Gateway Status” page. This page appears to be for status in real time payments including the status of each wallets such as Perfect Money Payza EgoPay and Paxum, state. State in this case is to let user know if the wallets has funds in it or not, and color maps to tied to the status whether it’s Full Wallet in Green, Wallet funding in progress in orage, and Empty wallet in red. Remember when Coingeneration said that they fully funded their wallets many times? it never happened or it did happened but people quickly drained it. Well, many people in the chat room indicated that they always see red, only green on paxum once in a while. Therefore they cannot withdraw due insufficient fund.

The other page is the “The Group” page. Chat room people analyzed the image, studied it carefully, and even placed a phone call to the # given. The phone call got them to a receptionist did mention coingneneration.com DG Digitalgeneration, but don’t know anything else other than following routine phone answering as virtual receptionist does. In fact that receptionist of front desk answering your call also answer a few hundreds other accounts rented in that location. It’s a virtual office basically. In addition to one of the image taken in an office room with coingeneration.com logo portrait hanging on the wall, if you look closely to the window, you would see the back of another company logo say Rogus…! So apparently it’s misleading and could be and most likely photoshop, in other word, could be FAKE. 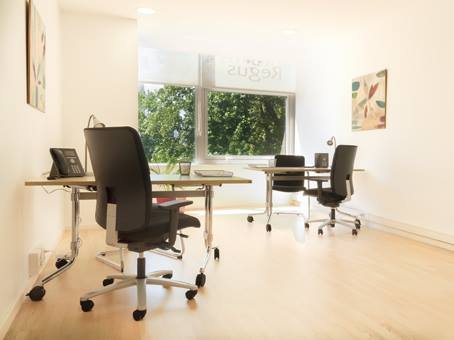 original image of an office Regus before 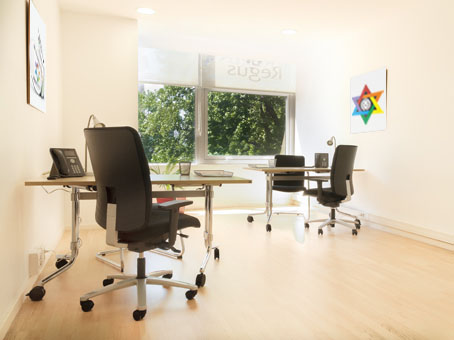 the office after photoshop making it to DG’s office coingeneration FAKE? you decide

Bad news? yes. Some accounts still being blocked. Some account still cannot verified. Funds never fully available to withdraw. Support_DG in chat room said to keep trying, but people tried hundred of times never got through, that’s not a real solution. Payza payout button available but only small amount of people said it work. Bank transfer link now available but no one had successfully reported that it work. Admin said it will take 3-5 days and already been approved by coingeneration.com end, the 3-5 days is intransit, let see if this is true, since many people requested bank transfer on October 25th, which shouldn’t take more than a week let give it to Novemeber 1st and see what happens. People predicted most likely coingeneration.com will have new stories, new reason for it not working properly and your in process status will remain there similar to the payment pending for 3 months and then they declined it. Let’s hope that’s not the case.

Good news? off course, now and then people can withdraw fund but very small amount and does not work all the time. Good for a day then nothing for weeks, and the cycle repeats itself. Bank transfer available, not confirmed by anyone they got the actual money. Two new pages on coingeneration, status and The Group, but not genuine real, could be a hoax, virtual offices cheap rental $50 a month with phone # address and a receptionist that answer the call.