Let’s right on to the point, how to force coingeneration.com DigitalGeneration DG CG to shut down? Well – there is one thing that you can do by actually doing nothing, yes doing nothing! yes – the domain name coingeneration.com will expired in September 2014, on this day the website will be totally offline. However if they’re renewing the domain soon, then we must take the following action to close them down so they cannot harm more people. 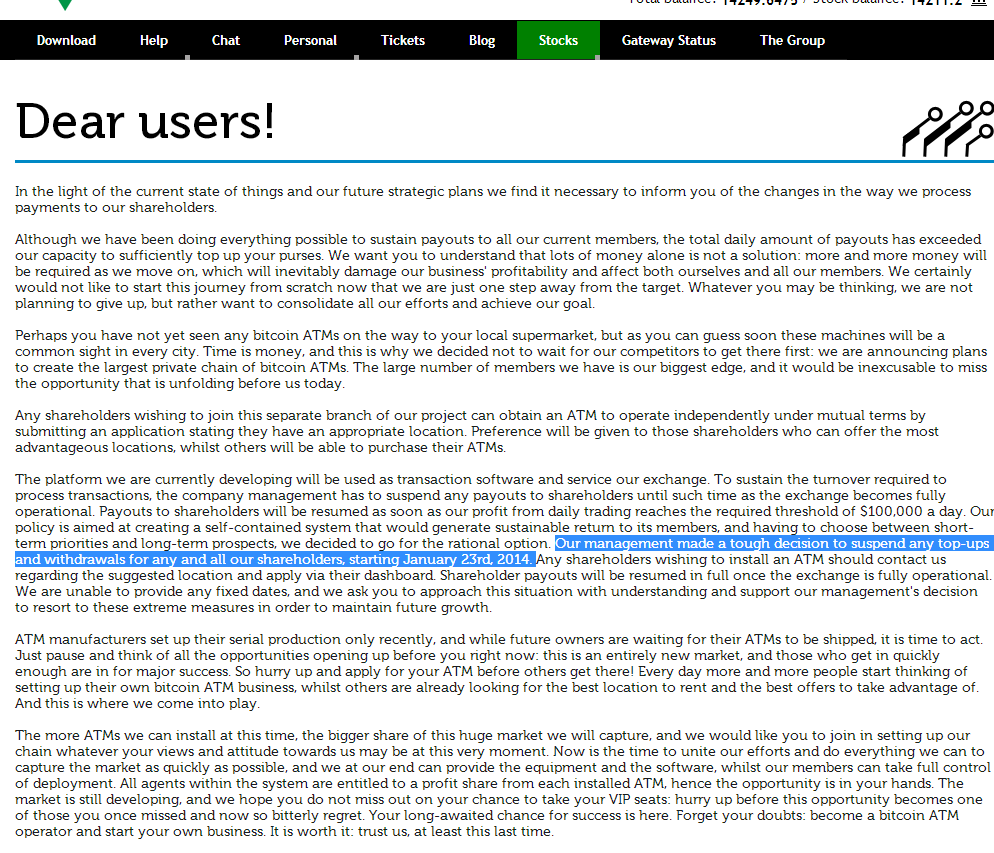 How to force coingeneration.com hyip ponzi scheme scam to shut down

How to force Coingeneration.com DigitalGeneration DG CG to shut down? So if you haven’t heard or just too dump and stupid to figure out. I’ve been blogging how SCAM Coingeneration.com was since June of 2013. Coingeneration.com is part of the HYIP (High Yield Investment Program) Ponzi Scheme SCAM. Just that DG operates with a twist! That twist is not to shut down and run away but creates new methods new ways new ideas to manipulate its members to possibly do anything they want them to do. As already proven when they stopped paying its members back in June 2013. Since June 2013, six months later still no payment not even a penny. DG came out with new ideas to manipulate its members to give up its available balance and buy fake DG stocks and get founder position. Well, the members have no real choice have to do it, so many did and get paid a fraction of what they earned, but it doesn’t ends there. DG promised to paid til end of Feb., but guess what? end of Novemeber 2013 they stopped paying, and a couple weeks ago saying that they resume paying on Jan. 19th, that never happened, and they say they can pay only $10, well that didn’t last long either for few days they ran out of funds. Now they totally suspended paying its Founder existing members.  So what does this mean? It means that if you want to get paid, you would probably need to create a new account with DG, new investments, that’s right you need to spend money now invest from the ground up again. The new members are happily like many old members before them, well for a while, maybe 45 days the most and then they will encounter the same problem a gain. Bottom line, DG has plan to get rid of old existing members but they don’t know how or a proper way to do so that it would not ruin coingeneration.com reputation, so they just make up reasons, and making broken promises. The new members will encounter this same cycle again and again, the sad thing is no body can do anything about it, since all all the data information about coingeneration.com are anonymous or hacked identity of some unfortunate person identity got stolen.