According to the chat room. There are a few people said that they received payment daily without any issues and all other people always have problems. Some even said that they got pending payment approved. Some said their pending payment few weeks ago got approved, some even posted proof of almost $900, some said they use paypal and they got paid normally. Well folks, guess what? A lot of people reviewed the payment proof, did some analysis and even attempt to contact the payment process to find out if it’s true, they surely went the extra file to find the truth. In the end, not too many believe those are real users, the users whom posted they got payment are merely workers of coingeneration.com or somehow associated with coingeneration.com in chat room and posted proof of fake payment to get people motivated, perhaps they got paid for doing so, or just to get their referrals folks in believing to purchase threads so they can profit without buying or spending a single dollar.

It’s hard to say whether it’s true or not of those users said they got paid while 99.999% of the people in the chat said they never got payment. If it’s true that coingeneration.com taking the extra steps even to hire people or staff members owners poses as regular users to say that they got paid just to trick the actual members again. Again and again, coingeneration.com had never delivered their promises or did what they say they would do, and we’re not talking about the date that they committed to yet, simply say they do this and do that, it never happened. Well wait! ? they implemented paypal recently. Oh yes they did, but it was for payment only, not for withdrawal, but guess where the paypal payment go to? It goes a company that have no affiliation with coingeneration.com, it went to some Hover company financial something LLC, yes they are smart enough to do that. No, should I say they are that smart. Indeed they are smarter than members obviously and they will maintain that position to play with you until you get tired and leave.

There isn’t a law that can shut them down. You as a member already know what you’re getting into. There is not such thing as easy money. All high Yield Investment became scam after a while, even it looks so legitimate and no way it would be a scam, well? it is, take after90days.org for example, they waited for that moment where a lot of people invested and especially toward the 300% return, and then they withdraw as much money as possible emptied their SolidTrustPay, EgoPay, Perfectmoney and ran away. And NO, payment processors such as those above will do any dispute or take any action to freeze anyone’s account, no such thing as dispute. Your money is gone. Good luck working with recovery people, you will pay them $45 but 3 months later they come back and say they cannot recover your fund, some will refund you back, some will take your money and run away like those HYIP.

Anyhow back to coingeneration.com, so what’s the status? After delay after delay and more delay, more new stories, and newer stories taking advantage of certain scenarios as a reason cannot make payment, what’s next? Well the SUPPORT_DG_# in the chat appears to feel confident to say that by next week payment should be back to normal. Well guess what? they have said that everytime, by certain date, next week, soon, few days, but never happened. DO NOT BELIEVE IN THOSE saying that they got payment, many members don’t believe those are real DG members, they are fake, posting fake payments received. 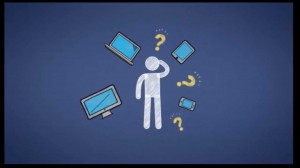