Coingeneration.com just updated its member’s homepage, see below for reference. People are get smarter, although some newbie are still blind, they don’t do research and get trapped in tricking to buy more and more threads in order to withdraw high amount, and then once it reached 25 or so threads, they will get stuck and nothing can be done, no laws will be able to get them get their money back. The scary thing is coingneration.com can continue to operate like this, since no law prohibiting them from doing so. No can do anything to get them in jail or if that’s what they wish to have the authority after them and shut them down, most likely very hard to happen and will difficult to trace the real owner. If something happened, authority after them, they will hide very hard to trace.

The attempt to get new investors will continue to carry on, since nothing can stop them. Forget lawyers and officials, they’re not going to step in anytime soon. People even talks about hiring private investigator whom has some power to go above and beyond an average person cannot do. These private investigator will look deeper, however it will not be that cheap whoever has the money to spend for this investigation must be very upset.  However at the end of the day, if they get captured most likely all the money in their account such as egopay, paxum, payza, banks and more banks for sure would always be emptied, they transferred the money out by the time authority get to them.

Think about why they keep delaying delaying and delaying? well it’s not delay, it’s a no paying killing time to transfer whatever money they have to another bank or to withdraw cash, and I mean hard cash. Every day or when users buy threads, coingeneration.com moved the money out of that payment processors such as egopay to a bank account, and then withdraw all the cash out and hide it where authority will have no trace in the future. Some small amount left in the payment processors to trick and trap more new members whom doesn’t realize coingeneration.com game yet. In the end, the looser are the members, learn a hard lessons on HYIPs, very clever of coingeneration.com doing this, and people don’t realize it until it’s too late. And still there are some still buying threads getting trapped. 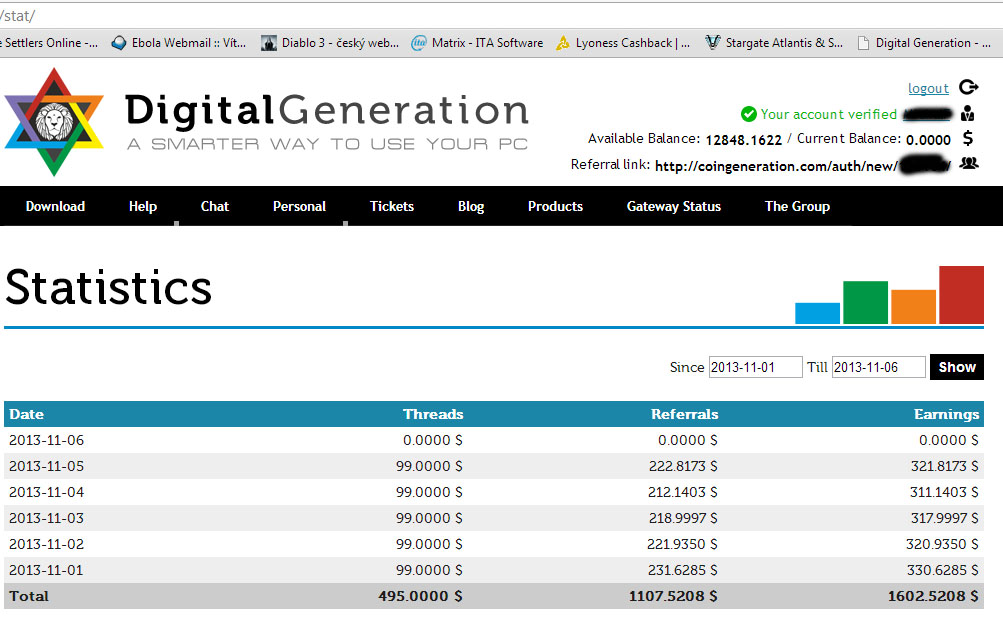 coingeneration.com will never be able to pay members with thousand of dollars it is impossible for them to have this amount of money

For Immediate Release
We are preparing an update to be published tomorrow that will explain our current situation and upcoming changes that will take effect this week to resolve the situation with the payment gateway issues. Getting
ahead of things we can assure you that DG management has a solution to bring in the required funding as of now to keep up the operation and continue further development and company growth. Tomorrow will be the
day and we kindly ask you to avoid any panic or doubts until you see our official press release for November – we’re switching over to a new course and we’re open for a productive and reliable business in the future.