Coingeneration.com chat room was active yesterday waiting for news from coingeneration.com but news was never released, and no surprise. People once again disappointed and left and today back, still without any news update nor any SUPPORT_DG around, well you know those SUPPORT_DG are useless helpless anyways, they don’t know much more than the average users at DG. When asking questions, these SUPPORT_DG would be answering stupidity answer such as, I don’t know, wait for news update today, soon, and so on, same thing over and over again, what is the used of SUPPORT_DG being there?

Up today, perhaps only 1% or less of the members are being paid in dollars, such as $1, $5, and sometime $25 the most. However these are based on the last payment list status, a lot of people confirmed that mostly bots, only a handful real payments. The analysis were done by many members, but importing that list into excel and did some analysis found out the amount, time date, user email stamp, doesn’t make sense. Bank Transfer, saying 3-5days, then 10 days, then now 3 weeks still not even one went through or processed. Lies and more lies coming.

Below image are simply humor, coingeneration.com probably will never admit that they’re a scam, in their newer attempts to get more money from the members will say something that would motivate the members to spend more money. Either that or they will keep on killing time, until they can withdraw all the money in their bank or payments processors to make a safe get away leaving no trace. 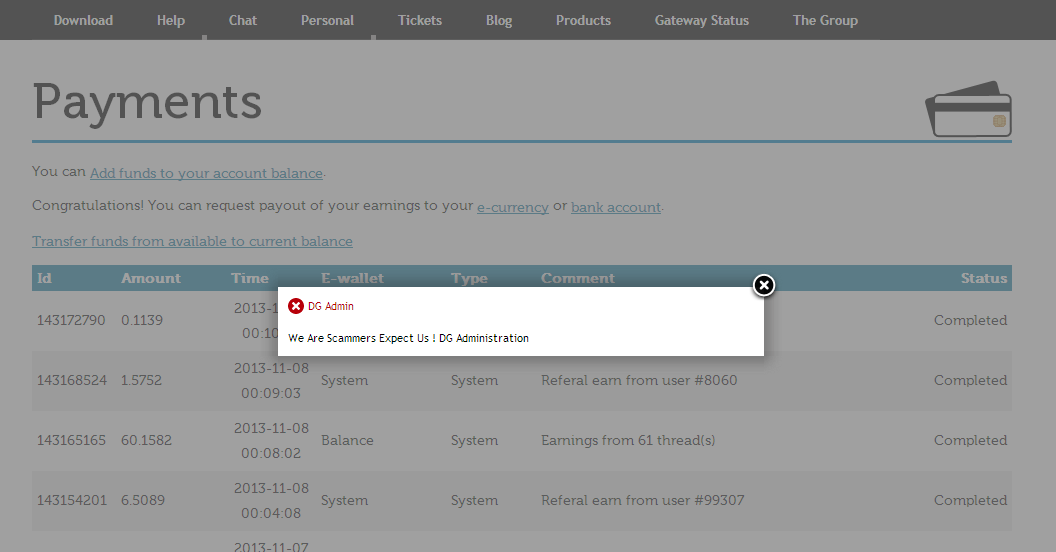 here is proof that coingeneration.com admitted that they’re a scam