Gosh! I hope nobody falls for this. It appears that the chat room of coingeneration.com are totally off, and highly doubt that it will ever be up and running again. Their reason was due to spam and they’re working on fix the script to stop the spam. However in reality it’s due to no support_dg on there, no idea and where they’re at. Speculation indicated that support_dg are one man band, one person running support, answering tickets and so on. It’s very unprofessional if they said they’re fixing chat room, that’s why they shut it down, and the fix was to implement a script that could fix chat room spam. I don’t think it would take long or even need to get the chat room to fix, and where is the message saying the chat room down because they’re fixing the script? It was through ticket support communication respond from a kid.

Support_DG appears to be now via ticket system. So whatever your question to coingeneration.com will be via tickets. Sadly this is a big scam. Via ticket is bad, because coingeneration.com have control over it and they choose to answer tickets when they want to, and which tickets they want to answer, for instant, if you question about your payment they will most likely ignore your ticket support for a long time then answer it a long time later with excuses like how since June 2013 for older members with Stock Founder position, they will delay in communication to you, so each chat question and answer will takes long time if they respond at all.

New members apparently are still being paid, mostly, some did report issue, but it’s no longer transparent since the chat room was taken down so they can be UNtransparent. meaning they do things that not too many people know. The new members many does not know what the older members or Stock Holder Founder been through, so new members kept on investing reinvest and referrals 20% commission greed by money, members continue t invest and reinvest and refers more new victims to coingeneration, then one day coingeneration will do the same thing as they did the previous group of members from ID#1 to ID#500K or so, that’s 500,000 members ID got scammed. Some got their ROI back, but many did not. Actually coingeneration.com look at each individual investor different, monitor the activities make sure you don’t profit, and make sure DG profit not the member.

DGstocks.com is a SCAM, with the domain name registered Nov. 2014 and was intended for the stock trading platform for older members but that didn’t happens, they turned into btc-o-matic.com Bitcoin or cryptocoins trading. However that also changes. The Btc-o-matic.com website was created for ATM machine, and yes this ATM machine is make up story, it does not exist, fake story, fake videos publish just like how they published their coingeneration.com office with logo or picture of coingeneration log via photoshop clearly proof, sadly still a lot of members does not know or just don’t want to believe because of money. Getting paid are all members cares and they tried to get money and outsmart DG coingeneration, but the majority failed.

What’s happening next? – My prediction are these: 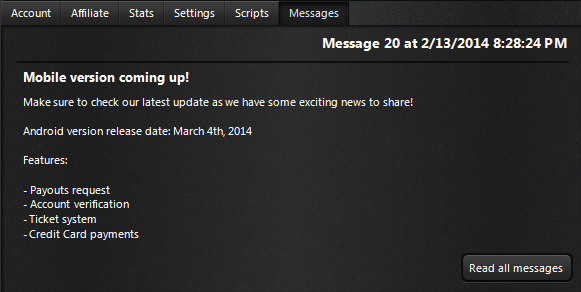