The the F is wrong with this nation $4.3 Millions lawsuit for a forgotten handcuffed kid left in a cell for 5 days? First of all, I’m glad that the kid was ok after 5 days, no food no water, locked up handcuffed in a cell without anyone around, unbelievable! The DEA? drug enforcement agency? this the US government agency we’re talking about here, what other mistake are they making? have been? has been? had been? been? what the F!?

People trust the US government running business? I wouldn’t put too much trust, people should be wary, don’t believe everything government said, do, did, done, question them, if they refused to answer then based on this story you know obviously they make mistake, more mistake than you can imagine! don’t trust anybody, come to this point, sometime people can’t even trust themselves, why? because mistake made were from you all including me. In god we trust! from others including selves no trust! 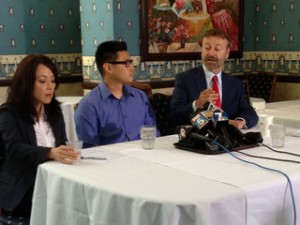 daniel chong deserved more than $4.3 million now he can start his own drugs operation