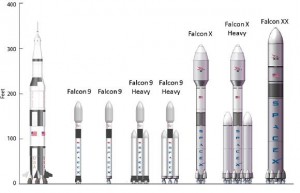 Anyone into space travel would probably know about the private space rocket scheduled to launch last night or earlier today failed to launch due to engine failure last seconds counting, the engine pressure has excessive readings. The good news is no one was hurt or any damage, just have to delay the launch until finding out what’s causing the excessive  pressure readings. The bad news is a major disappointment I think 🙂 The international space station as I know has been up there for quite sometime, eventually it will be a motel then hotel for space travels, that would be kind of a like a hub for people from earth to travel into space, first they would have to stop by the space station first for rest and refuel after a 8 minutes ride from earth to space LOL, that’s right 8 mins. I would be surprise if we all, humans, will evolve into a different generation, a generation that will be so call cosmosaphien whatever you call it 🙂 we all will have access to space easily and can travel beyond of planets into other planets and and galaxy more easily, we have so many resources abundant from near by asteroids or planets that we mine its presious metals and anti matters maybe and off course Helium 3, will power our factory and spaceship that can travel beyond the speed of light for a long time 🙂 Hey did you know that if we travel at the speed of light, we age slower? it’s a water fountain of youth!