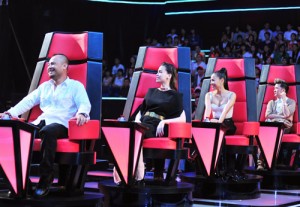 There’s a new show, well at least I just found out recently, appears to in Vietnam television, VTV3 channel, weekly schedule every Sunday. The show basically from what I see, they select certain singers that already been on other show or been known to sing really good, select to be on the show, with 4 judges, Dam Vinh Hung – Ho Ngoc Ha – Thu Minh – Tran Lap, without looking at the singer face, their back turning away from the singer, then when they think they can select the singer for their team they pressed the button and their chair turned around to pick the singer, but if all four judges pressed the button then the singer get to pick which judge they want to work with. So far I watched 3, it’s pretty good, me and my wife love it 🙂 the next one is on 7/29/2012. You can watch it also videos below. The Voice – Giong Hat Viet – Vietnamese music video show on VTV3 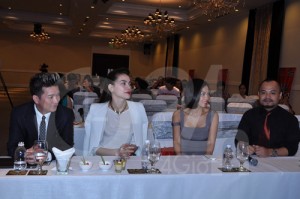