So what’s the news at coingeneration.com? New wave of scam for the new members. New members are being paid instantly and consistently with Egopay2 Paxum2 etc… while the old members haven’t got paid for almost one month and continue to not getting paid, even if you purchased Founder Stocks position, you still don’t get paid not exactly what coingeneration.com announced couple months ago that all Founder Stock owners will get paid toward end of Feb. 2014 or so. However unfortunately, end of November 2014 coingeneration.com stopped paying it’s stock owners founder positions.

This is a new wave of scam, repeated scam, coingeneration.com repeated this same process many time, keep on attracting new members lure them in by paying them to invest, the more people invest the more they get paid, but the money they put it will get paid back to them in a year, so if someone with common sense, do the math, you put in $500, you get paid $10 a day, daily. However the consistent and instant payout don’t last even one month, things start to take a turn, coingeneration.com will come up with new plan, new ideas, new reason for not paying. Unfortunately not too many new members realized this and they don’t listen to the old members, as consequences they will be stuck in the same position as existing older members are at the moment. The cycle continue! will repeat many times and no one can do anything about it, because no one know where the owners live, since they use hacked identity to create the website and operate anonymously, they can run and close down anytime. It’s sad to see a lot of new members get pulled in invest and get paid nicely but they didn’t realize they will not even get their initial investment back anytime soon.

For the existing old members. According to the chat room and various forums online talking about coingeneration.com DigitalGeneration DG CG, old existing members haven’t got paid for as long as long as over one month. The majority of older members are at one month as of today January 6th 2014. There isn’t anything anyone can do, nothing, totally nothing. These older members existing members spent lots of money and time only to get manipulated and being controlled, being managed by coingeneration.com Again nothing anyone can do. During the past month of December 2013, coingeneration.com updated news indicated that will fund the account in next couple days, then couple weeks, now a month still nothing, now they say by this week, Tuesday January 7th already, and still nothing no funds for older Founder Stock holder position to request any payment payout. Again, nothing anyone can do. Coingeneration.com only focus on scheme, new scheme, new scam, new tricks to get more money off members, new members especially! Whatever the members thinking of doing to outsmart them, the members are being outsmarted!

Broken promises. Payza issue was never fix. No one got paid for almost 6 months during the Payza incident. After 6 months coingeneration.com got all the money from payza back and still not paying its members. New plan implemented, manipulated its members to have no choice but to buy virtual fake stock to get Founder position to get paid, all members available to cash out balance was converted to fake virtual stock controlled by DG, members got paid up to end of Novemeber and since then no more payout. Today January 7th 2014, according to the Gateway status and chat room, only new unfortunate members doesn’t know about the scam Coingeneration.com running got paid while existing old members can only observe and telling new members to be careful, but with the greed of money being payed to them, new members don’t listen, and new members kept on investing to get pay more, don’t realize their consistent payout short live, one month maybe, but maximum 45 days, and then the SCAM cycle repeat.

So it’s been a month. Existing old members with stocks Founder position. Many of them have very high value money available to cash out. There is no way coingeneration.com can pay all with such large amount accumulated over a month period. Coingeneration.com already have problem paying little $ to each user, what make you think they can pay all with accumulated available cash to the hundreds, thousands, ? Do not expect to get paid easily. Existing members had gone into this path before, and it didn’t work well. Coingeneration.com always win. Expect new scam, new tricks, new ideas, new games, new reasons sometime this week or next week. Don’t expect payout fully, maybe a drop here and there to get momentum going again so they can work out there their new scam tricks. You are all being manipulated by coingeneration.com and there isn’t anything you can do about it. A virtual company, non existent! basically. 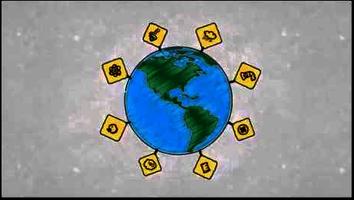