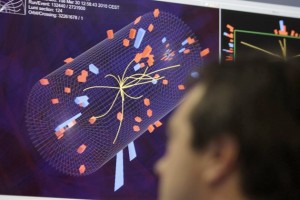 Is it a hoax fake scam “boson”? Two independent studies of data produced by smashing proton particles together at CERN’s Large Hadron Collider produced a convergent near-certainty on the existence of the new particle

What in the world is a “boson” ? CERN scientists discover new subatomic particle. What the hec is it? beats me, but it’s some kind of subatomic particle make up the universe. At first I thought it was some kind new powerful antimatter thingie such as helium 3 LOL, well I guess not. However it seems to be a great discovery hopefully will help us understand more about the universe, how it was created and see if we can re-create or travel through the universe in some other ways other than spaceship that travel speed of light. Even with the spaceship that can travel at the speed of light, we still spend a lot of time travel to another galaxies out there.