Let face it. Would you trust a business calling themselves mining done right? but their mining pool been down for over two weeks. Ok, so maybe not totally down, but it’s up and down, up and down, disconnected, waiting for connection, not responding, waiting for work, rejected work, freezed user’s computer crashed and many more. That’s Cointellect Mining Pool for you whom called themselves mining done right. Well today, or for sever weeks already if not the beginning, Cointellect Mining Pool been done wrong. All cointellect want is trick you in the mining pool to see the profit, then get you into the contract mining by paying them money.

So what is going with Cointellect Mining Pool? only one answer that makes sense at this time. If Cointellect continue to have problem with the mining pool and still hasn’t publish any news regarding and specifically to the mining pool problems for over two weeks now, then it’s very much obvious that Cointellect is up to no good. What mining pool owner don’t let the users community know what’s going on with the pool specifically, whether it’s ddos attack, software issue, hardware issue, capacity issue? but NONE, nothing that Cointellect published in their news that mention about the mining pool issue, other than support email saying we’re aware of the problem and working very hard to bring it back up normally, for two weeks already and it’s still the same, and getting worst. On top of that, people are reporting missing earnings, and others have earning that got delayed for 12 hours 24 hours and days.

Bottom line, Cointellect mining pool done WRONG! not right. It’s transparent now that cointellect isn’t a real business they say they are. I would high recommend people to research carefully before investing on Cointellect mining contract. Forget about mining at Cointellect Mining Pool, you better off mining elsewhere, like multipool scrypts. If you mine at Cointellect you will see that it’s giving you more problems monitoring it than making money from it. I still have hope for those of you who invested in mining contract that you at least get your money back as ROI, don’t expect profit, if you did make profit, DO NOT REINVEST, because you will loose it all. For those that mining, highly recommend to mine elsewhere until Cointellect make some kind of specific announcement in regard to Cointellect Mining Pool, what happen and when will it get fix, very unprofessional business calling themselves Mining Done Right.

Lastly, I would like to share that Cointellect is a Turnkey company, which has many sub business operating similar to HYIP. I got this information from a known source at reddit. 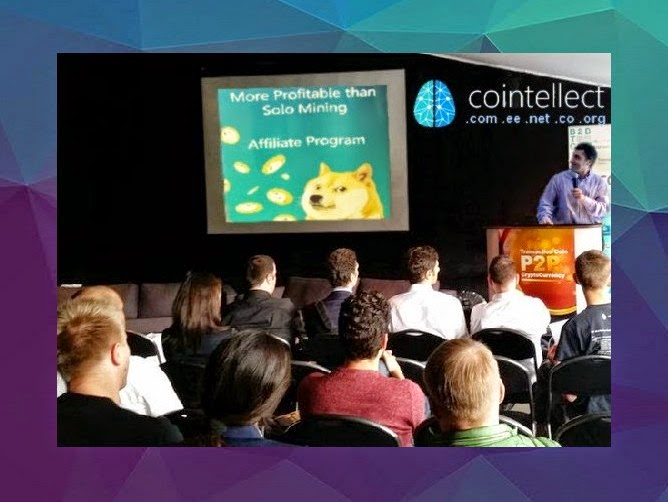