Almost half of India nation without power for two days straight? is it true? July 30th 2012, well apparentally so, 600 millions people without power. That’s a large # half of India state population, and it’s the 2nd largest populated country in the world behind China. What happen the whole power grid go out? well – no cell phone, no phone, no internet, no computer, anything that uses electricity go bye bye! so! this could happen anywhere in the world, are you prepare? even here in the USA, some area when it get hit by thunder storm, electricity could go out for days even weeks, so better to get a power generator or use solar power or windpower or some sort of battery system that can last you at least 7 days to be sure, sue it cost you $20K for a one time cost but will last a long time 🙂 . For communication, get a ham radio or transceiver, it can communicate to the world or walkie talkie that can go for miles 🙂 Anyhow back to the black out in India, what could cause this? someone building a secret weapon that suck all the juice off India electricity? somekind of secret device LOL no I don’t know. Hang in there my India friends, electricity shouldn’t be a big thing, you can still farm cook food and live without electricity, just not with technology that would make lives easier. 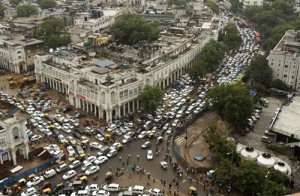